On the 10th February, pupils had a huge shock when they were called into Mrs Webster’s classroom for a surprise assembly with a special guest. We were joined by a giant T-Rex called Jam. Pupils described it as the best day ever! We were able to make green screen movies and go inside the T-Rex to see how it was operated. 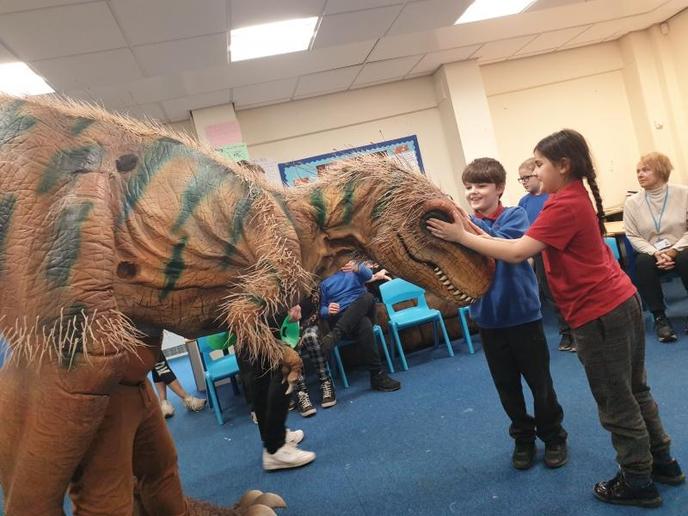